Radon health and safety in the workplace

Guidance about radon for employers and Health and Safety officers

This step-by-step approach to radon health and safety is intended to help Health and Safety Officers to comply with HSE regulations for radon in the workplace. 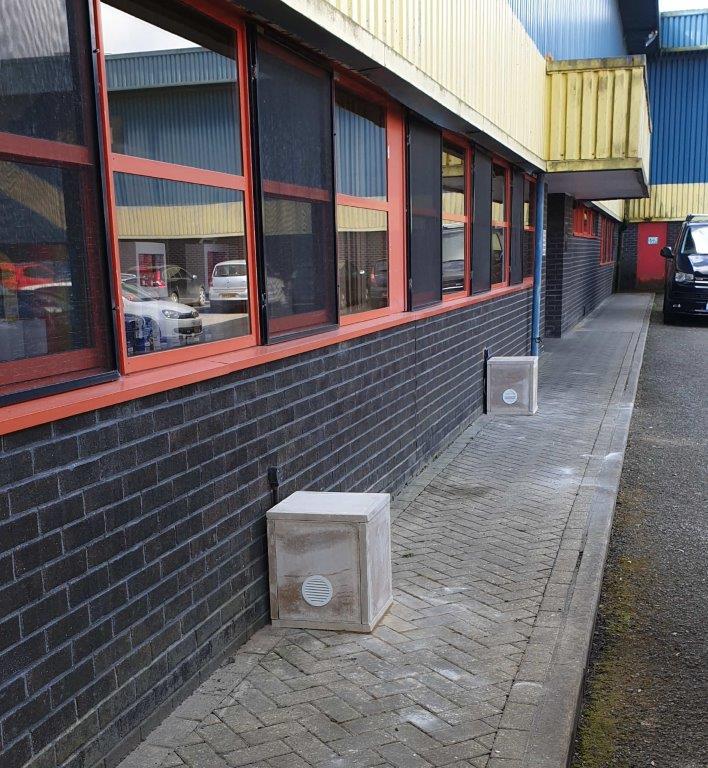 You may need to prioritise which rooms are more important than others to measure if you are constrained by a budget. All full-time occupied rooms/workplaces need to be below 300 Bqm-3 (annual average); before February 2018 this was 400 Bqm-3 (winter corrected). The test should be measured over 3 months using standard passive detectors. Thus, you need to identify which rooms are full-time occupied workplaces, and if you have any known history of high radon levels. These are the most important places to measure first.

Partially/temporarily occupied = a room which is only occupied some times of the year, or occupied less than a full day.

Further calculations may be required if you are not sure if a room is partially/temporarily or fully occupied.

Once you have a list of rooms you wish to monitor for Radon, you need to purchase the appropriate number of passive detectors (available from our shop) and place them between waist and head height, in a place that won’t be forgotten 3 months later! It’s good to fix the detectors so they don’t go missing, and record when and where they are placed.

Wait 3 months, remove the detectors and send them to the lab. The lab should send the results within 2 weeks or so.

Once you have the results you will be able to identify which rooms are above the 300 Bqm-3 action level and those which are not. You should compile a spreadsheet now, with a sheet for:

Include plans of the properties and rooms.

This Radon Actions sheet should be updated as actions are set and completed.

In your file you now have your first measurements. From this you can sort those workplaces which are above or below the action level. Workplaces below the action level are not of concern. Workplaces above the action level must have remediation, and staff need to be informed of what radon is, what the levels are, and how it is being dealt with. There is no need for alarm, as radon risks are only statistically significant with long-term or very high exposure, which are unlikely to be elements in any normal workplace.

Remember, all premises have some radon in them, it’s when the levels are high that a person’s risk increases above the norm.

Workplaces that are above the 300 Bqm-3 action level need to be remediated. Contact a radon consultant to discuss the various options for radon control, before deciding on the best value option for the location in question. The required remediation measure should then be fitted, and a further 3 month radon test should be conducted. The radon test should be a part of the remediation. Make sure it is conducted after the work is done, so that the installer can come back and discuss refinements or alternatives, if the radon level remains stubbornly above the workplace radon action level.

Sometimes remediation is not possible or very difficult, and it may be that restricting access to a room is the best way to manage the radon exposure in that room. Places like store rooms, staff kitchens and toilets are not a place which would give significant exposure, even at raised levels, so could a restriction on times of access or by use be the best way forward?

Your long-term commitments are in maintaining:

Other situations – Need for an RPA (Radon Protection Advisor)

Sometimes you may have a room, cellar or office which remains above the workplace radon action level of 300 Bqm-3 post-remediation.  In such circumstances you may require a Radon Protection Advisor (RPA) to calculate the risk of staff exposure to radon in that location, and to provided information on how to set up a restricted area in your premises, where measures such as signing-in/out of a record book, limited occupancy, and regular radon monitoring might be enacted.  A good example of this might be a cellar that is used for archiving, where radon levels are hard to reduced below action level, and so a restricted area is set up to minimise staff exposure, but not stop the area being used.

If you need more advice about radon health and safety please contact us.

You can see the HSE web page here.